In the Streets of Sarajevo 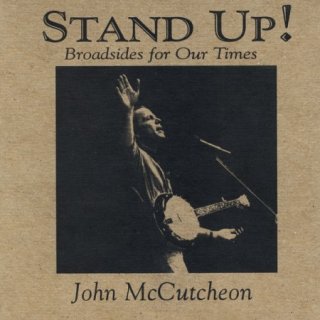 John wrote this song a few years ago about Vedran Smailović, who was a resident of the city of Sarajevo in the early 1990's, when that city was literally in the middle of a battle zone. Vedran was a cello player whose courageous choice made him a symbol for unexpected joy in the midst of unspeakable horror when he began playing his cello out in the street everyday...
He was there one Sunday morning
At the corner of the square
In a freshly pressed tuxedo
In a simple folding chair
Just after curfew lifted
When everything was still
He played his cello
In the morning chill..

And everyday he made me wonder
Where did he ever find
The music midst the madness
The courage to be kind
The long forgotten beauty
We thought was blown away
In the streets of Sarajevo everyday..

And many was the day
The soldiers asked him who he was
They warned him of the danger
In doing what he does
Many said that he was crazy
To risk his life in such a way
On the streets of Sarajevo, everyday.

I wish someone could tell me
Who is crazy, who is sane
Those who stand in protest
Or those who drop these bombs like rain
Those who fill our lives with death
In this place where children play
On the streets of Sarajevo everyday…

So I come here in defiance
To add a bit of grace
Try to ease the awful hatred
And the horror of this place
To remember there is beauty
No matter what they say
In the streets of Sarajevo everyday..

And everyday I see them
Those who will not stand aside
Who refuse to be defeated
Who rage against the tide,
They are a glimmer in the darkness
The rolling of the stone..
A message in a bottle
From the distant shores of home..