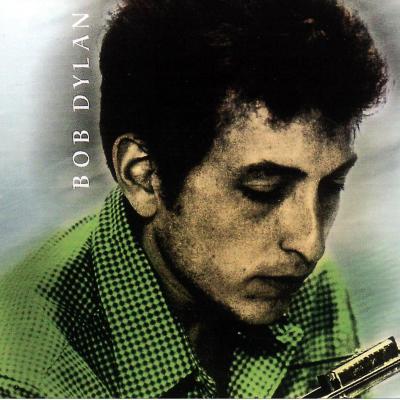 "I bianchi di quelle parti dissero "Beh,... Non è bene che un negro ignorante legga"
This is the story of Hezekiah Jones...
Hezekiah Jones lived in a place... in Arkansas.
He never had too much, except he had some land,
An' he had a couple of hogs and things like that.
He never had much money
But he'd spend what he did make as fast as he made it,
So it never really mattered that he had much money.
But in a cupboard there, He kept in the cupboard... he kept in the cupboard books,
He called the books his "rainy season."

The white folks around the county there talked about Hezekiah...
They... said, "Well... old Hezekiah, he's harmless enough,
but the way I see it he better put down them goddam books,
Readin' ain't no good, for nigger is nigger."

One day the white man's preacher came around
Knockin' on doors, knockin' on all the doors in the county,
He knocked on Hezekiah's door.
He says, "Hezekiah, you believe in the Lord?"
Hezekiah says, "Well, I don't know, I never really SEEN the Lord,
I can't say, yes, I do..."

He says, "Hezekiah, you believe in the Church?"
Hezekiah says, "Well, the Church is divided, ain't they,
And... they can't make up their minds.
I'm just like them, I can't make up mine either."

He says, "Hezekiah, you believe that if a man is good Heaven is his last reward?"
Hezekiah says, "I'm good... good as my neighbor."

"But you don't understand," said the white man's preacher,
"There's a lot of good ways for a man to be wicked..."

Then they hung Hezekiah high as a pigeon.
White folks around there said, "Well... he had it comin'
'Cause the son-of-a-bitch never had no religion!"

It was written by Paul Newman's beloved grandfather, in Cleveland, a Cleveland poet. It's "BLACK CROSS".

There was Old Hezekiah Jones, of Hogback County.
He lived on a hill in a weather beaten hovel.
And all that he owned was a two-acre plot
with a bed and some books and a hoe and a shovel.

Old Hezekiah, black as the soil he was hoeing,
Worked pretty hard to make both ends meet.
Raised what he ate, with a few cents over
To buy corn liquor that he drank down neat,

And a few cents more that he put in the cupboard
Against what he called "the rainy season,"
But he never got to save more'n two or three dollars
Till he spent it for this or that reason.

The white folks around knew old Hezekiah...
Said, "Well, he’s harmless enough, but the way that I figure
He better put down them goddamn books,
'Cause reading ain't no good for an ignorant nigger."

Reverend Green, of the white man's church,
Finally got around to "comin' over
To talk with you-all about the Pearly Kingdom
An' to save your soul for the Lord Jehovah!"

Do you believe in the church?" said the white man's preacher,
Ol’ Heziakiah said, “Well, er, ah, the church is divided,
If they can’t make up their minds, I can’t either.
So, I’m just like them,” say, “I ain’t decided.”

“Do you believe in Heaven?” said the white man’s preacher.
"Where you go, if’n you're good, for your last reward?"
"I'm good," said Hezikiah, "good as I'm able,
But I don't expect nothing from Heaven OR the Lord."

"You don't believe nothin'," said the white man's preacher.
"Oh yes I do," said Hezikiah,
"I believe that a man should be beholding to his neighbor
Without the reward of Heaven or the fear of hell fire."

“Well, there's a lot of good ways for a man to be wicked!”
And they hung Hezikiah as high as a pigeon,
And the nice folks around said, "well, he had it comin'
'Cause the son-of-a-bitch didn't have no religion!"