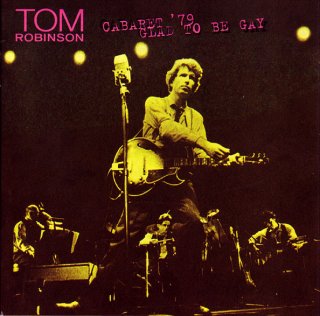 Is anybody here old enough to remember the CHE (Campaign for Homosexual Equality) conference in 1975? It was one of those occasions when there was a lot of fighting, a lot of discussion... a lot of fruitful interaction between individuals; and when everybody was taking time off from their fruitful interactions there was a dance on the Saturday night, and this Panda car pulled up outside the front door of the disco, and three policemen got out and they went into the dance: they didn't even pay ! They went straight in and stood on the dance floor. Did they dance? Did they hell - they just stood there... LOOKING. Now as anybody who has ever been to a gay disco will tell you, to stand there looking is not the thing to do ! They got surrounded by some very heavy people...

There are people in the cities
And the towns throughout the land
Who are saying to themselves
This is the time to make a stand
Workers, women, gays and black and white
Now opening our eyes
To the need to take control
Of both our bodies and our lives