Take It From Dr. King 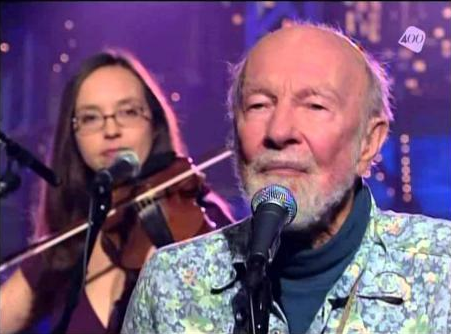 Una recente canzone di Pete Seeger, che però ricorda storie di quasi cinquant'anni prima. Inutile dire chi è Dr. King...
Down in Alabama, 1955,
Not many of us here tonight were then alive;
A young Baptist preacher led a bus boycott,
He led the way for a brand new day without firing a shot.

Don’t say it can’t be done
The battle’s just begun
Take it from Dr. King
You too can learn to sing
So drop the gun.

Oh those must have been an exciting 13 years.
Young heroes, young heroines.
There was laughter, there were tears,
Students at lunch counters,
Even dancing in the streets.
To think it all started with sister Rosa
Refusing to give up her seat.

Song, songs, kept them going and going;
They didn’t realize the millions of seeds they were sowing.
They were singing in marches, even singing in jail.
Songs gave them the courage to believe they would not fail.

We sang about Alabama 1955,
But since 9-11 we wonder will this world survive.
The world learned a lesson from Dr. King:
We can survive, we can, we will.
And so we sing 

Don’t say it can’t be done
The battle’s just begun
Take it from Dr. King
You too can learn to sing
So drop the gun 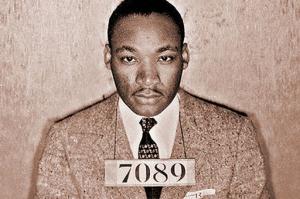