Ballad of the Deacons 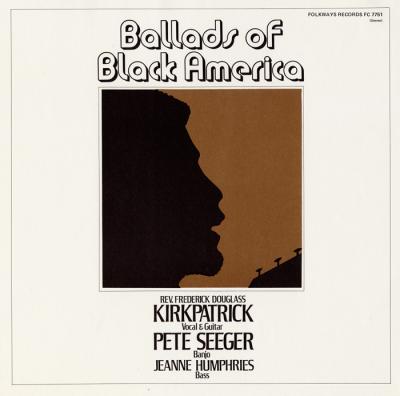 "Deacons for Defense and Justice were founded in Jonesboro, Louisiana, in 1965 by a small group of local black men who secured licensed guns to defend themselves and their families. New chapters spread over the South and other ports of the country. The Deacons had the courage to stand up and defend their rights even before the better known Black Panthers. Rev. Kirkpatrick was one of this non-violent, self-defense group‘s founders." (dall'introduzione al brano contenuta nel libretto che accompagna l'album)

Si veda anche The Story of Old Monroe.
ln Jonesboro Louisiana the year of nineteen sixty five,
A group of people got together
To put down Jim Crow tricks
So they started integration
Of all the public accommodations
Schools hospitals and swimming pools
But one night to their surprise
A sheet party was organized
Old Glory was on the rise
From out of the wood came fifty-two cars of hoods
The assistant chief of police was in the lead
As they drove through our neighborhood
On the porches frightened people stood
On that very night the Deacons was born
The Deacons was born to protect our family
And to protect the rights of those unborn
For decent homes and schools and to combat Jim Crow rules
That is why the Deacons was born.

Several hundred men got together upstairs
On the second floor of the Masonic Hall
The building was jammed from wall to wall
As they listened to the roll call
Some were reading leaflets thrown out by the Ku Klux Klan
Saying the good will suffer with the bad.
If you don't withdraw your plans
But somehow this night was different from all the rest
The people had gotten tired of this Jim Crow mess
At a table sat a man with a gravel in his hand
And the people responded to his commands
He said if you read the paper I'm sure you'll understand
That the F.B.l. is checking on the Ku Klux Klan
Then what shall we call ourselves
And still keep out right to be a man
For the time has surely come tor us
To take our stand.

The man that asked the question threw out an idea
Let‘s call ourselves the Deacons and never have no fear
They will think we are from the church
Which has never done much
And gee, to our surprise it really worked.
The Justice of the Peace checked all the church rolls
The big ones and the little ones along dusty roads
Then he called me by phone, late one night at my home
"Say, Rev, I've checked all the church rolls
By the ministers I was told as I read down the roll
That those deacons don't belong ta the fold."

Then I put it to his mind
That we were not of that kind
That a new day had emerged along with time
And that the Secretary of State
Had declared we could participate
By signing the charter on the dotted line.

With our Bibles we ran
And our Thirty Eights in our hands
Setting up chapters throughout the land
Forgive us people please
But we are eating no more cheese
A new day is in command.