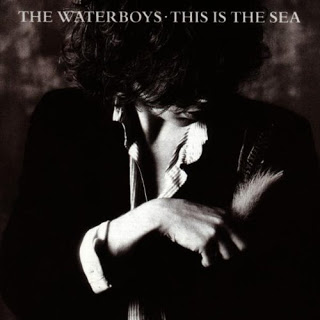 "Old England" is a criticism of Thatcherism, blaming Margaret Thatcher's economic policies for what The Waterboys perceived to be an increase in desperation amongst the young and poor in the England of that time, and a rise in drug addiction, specifically to heroin. The refrain, Old England is dying is a quote from James Joyce, and the lines You're asking what makes me sigh now / What it is makes me shudder so are from W.B. Yeats' poem, Mad as the Mist and Snow.
(en.wikipedia)
Man looks up on a yellow sky
And the rain turns to rust in his eye
Rumours of his health are lies
Old England is dying

You’re asking what makes me sigh now
What it is makes me shudder so
Well
I just freeze in the wind
And I’m numb from the pummeling of the snow
That falls from high in yellow skies
Where the time stained of England flies
Where the homes are warm and the mothers sigh
Where comedians laugh and babies cry
Where criminals are televised politicians fraternize
Journalists are dignified and everyone is civilised
And children stare with heroin eyes
Old England !