Swimming Against The Stream 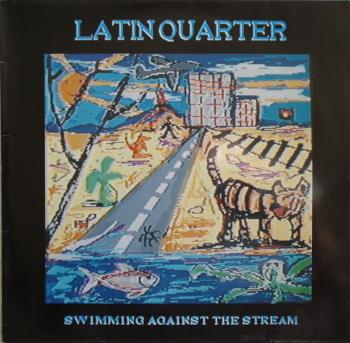 The civil rights movement that started in the 1950's in the USA, fought for the economic and political equality of African Americans, especially in the Southern States. There the discrimination was legal and institutionalised. This changed in the 1960's. The Congress, the legislative body of the USA, passed legislation that outlawed formal discrimination. But in truth it still continued. The reforms that the civil rights movement had achieved were undermined in the 1970's and, especially under the presidency of Ronald Reagans, to a large extent clawed back. Today African Americans are economically and socially even more disadvantaged than they were 25 years ago. Before they harvested (in the Southern States) cotton, today they have to work to get their food stamps (a form of social welfare).

The high point of the civil rights movement remains the march on Washington on August 28 1963, which, with 250.000 participants, was the biggest demonstration ever held in the country up to then. During it, Martin Luther King, made his famous 'I I Have A Dream' speech. One of the actions of the Movement were the freedom rides. To break down discrimination in the busses and bus stations, in 1961 a group of black and white demonstrators (mostly from the north) drove together from Washington to New Orleans in a Greyhound bus. The attacks from the opponents of equality culminated in Montgomery, in the State of Alabama, where only the National Guard protected the freedom riders from the violent mob.

In March 1965, in Selma, also in Alabama, a black female demonstrator was murdered by three members of the Ku Klux Klan. In 1987 in Howard's Beach, New York State, a group of young black's suffered a car break down. A gang of white youths chased one of the occupants on to a busy street, where he was hit by a car and killed. This incident was regarded as proof that even in the North racism is still as widespread as before.
They're growing pines now in cotton soil
Still making boxes for the sons of toil
Still bend your back to pick you food stamps up
Black coffee still comes in a tall white cup
They took the signs down but it's loud and it's clear
You want to eat? Well now, it can't be here

Montgomery and Selma - go ask Congress
25 years, change hasn't meant progress
In Chicago you live on the south or the west side
But just like the townships - try moving in outside
Notes:

Train: Symbol for the road to freedom.
Glory hallelujah: a phrase in many black songs that doesn't only express the hope of a solution in Heaven, but also freedom in life; amongst others in the song 'Battle Hymn Of The Republic', also known as 'John Brown's Body'.
Where the rainbow ends:
1. reference to the saying, 'at the end of the rainbow you find gold', transformed by the blacks into, 'you find equality'.
2. allusion to the 'Rainbow Alliance' in which Jesse Jackson, the most popular black politician of the 1980's, tried to organise the disadvantaged minorities. Jackson made several attempts to gain the vice-presidential nomination of the Democratic party, but failed every time.
South Side, West Side: Black ghettos in Chicago.
Townships: Black ghettos in the industrial cities of South Africa.