Crime to Be Broke in America 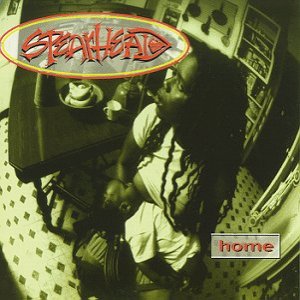 Livin' on the tracks
the tracks in my arm
said it all depends which side the tracks your on.
tellin' me what to wear
tellin' me cut my hair
and tryin' to convince me that they really really care
All about my health and about my wealth
but still they built the Stealth
'cause everybody's just lookin' out for they self

So then I ask 'em can I have a clean needle
"Hell no that's illegal!"

They lockin' brother's in the poorhouse
who can't afford Moorhouse
politicians nervous
it's the only free service they provide
you want to go inside there's a hot meal waitin' for ya
a deal we can score ya
on a bed for a night or two
or three or four months.

But there's a mutiny on the Bounty
in ever single county
we remember Attica
but don't forget to pat a few
other on the back
as a matter of fact
sister Asatta Shakur
and Geronimo Pratt
'cause Amnesty international
is fightin' for political
but if your analytical
you know it's much more critical
than that percentages
black is really, really whack
can I kick a few facts yes?

The punishment is capital
for those who lack in capital
because a public defender
can't remember the last time
that a brother wasn't treated like an animal.

They say they blame it on a song
when someone kills a cop
what music did they listen to
when they bombed Iraq?
give me one example so I can take a sample
no need to play it backwards
if you want to hear the devil
cause music's not the problem
it didn't cause the bombin'
but maybe they should listen
to the songs of people starving…