Blood On The Rocks 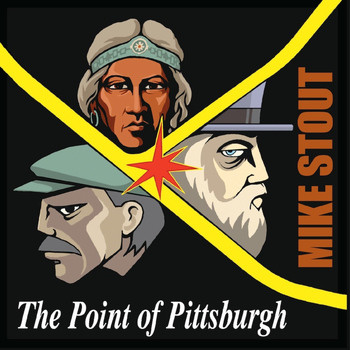 The story of the 1909 McKees Rock strike and the bloody battle. On July 14, unskilled immigrant workers led a strike against the Pressed Steel Car Company. Strain among the strikers, replacement laborers, and state police erupted into a riot on August 22. Eleven men were killed near this footbridge. Strikers were aided by the Industrial Workers of the World.
Down in Mckees Rocks back in 1909,
Employment was soaring on the assembly lines.
The biggest company was a place called the Pressed Steel Car,
With 6,000 workers and a boss who ruled the plant just like a Czar.

Immigrants were pouring in from every place,
To do the dirtiest jobs for the lowest of pay
Kind of like the same situation you got here today…

They called the place the "Last Chance", the "Slaughterhouse."
Every day you went to work, you didn't know if you were comin' back out.
The speedup and abuse was more than any man could stand,
With kickbacks to the foremen, and mass extortion at the plant.

Exploited, persecuted, treated worse than a dog
Told to sell their wives if they wanna keep their job
Then forty Riveters walked off, sick of being robbed.

Sixteen different nationalities, sixteen different tongues,
Walked off the line in solidarity, stood up together as one.
Fightin' in the streets and slums of 'Hunkeyville', Meetin' up on Indian Mound.
The Company knew they had to break their will; they brought the Cossacks to town–
– There was blood on the rocks.

They brought in the Guard, strikebreakers, storm troopers and thugs.
Armed to the teeth, boss Hoffstot was clearly out for blood.
Meanwhile the town called 'Hunkeyville' was surrounded and attacked.
The strikers and their families were evicted from the Company shacks.

Then on 'Bloody Sunday', in the shadow of the mill,
The Cossacks opened fire, nine workers were killed.
The IWW came to town; the strikers wouldn't yield
–There was BLOOD on the Rocks. -
…Blood on the rocks –


Then the Company caved in, the workers thought they had won
They marched back into the plant all proud, together as one.
But behind the scenes a "Divide & Conquer"scheme was hatched.
The owners bought off the native-born and counter-attacked.

And when the bosses reneged on every promise they made,
The immigrants walked back out, the native-born stayed.
The lesson of unity, buried in the cracks of history..