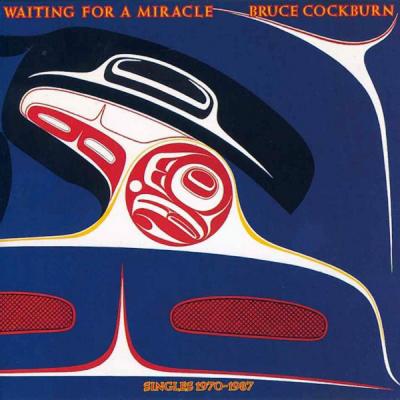 "We were about to do a benefit in Vancouver in support of the Haida land claims in the Queen Charlottes, or Haida Gwaii, as the islands should be known. I wanted a dramatic song which touched on Native issues. I had partial lyrics and a pretty good head of steam built up about the Haida situation, and that in Arizona at Big Mountain, where government industrial hanky panky was forcing people off traditional lands."
Bruce Cockburn, da "Rumours of Glory 1980-1990" (songbook, Ottawa 1990)
From Tierra del Fuego to Ungava Bay
The history of betrayal continues to today
The spirit of Almighty Voice, the ghost of Anna Mae
Call like thunder from the mountains -- you can hear them say
It's a stolen land

Apartheid in Arizona, slaughter in Brazil
If bullets don't get good PR there's other ways to kill
Kidnap all the children, put 'em in a foreign system
Bring them up in no-man's land where no one really wants them
It's a stolen land

In my mind I catch a picture -- big black raven in the sky
Looking at the ocean -- sail reflected in black eye --
Sail as white as heroin, white like weathered bones --
Rum and guns and smallpox gonna change the face of home
In this stolen land...